If you think this blog has been neglected, you should see my house! I still have the un-Christmas tree up, complete with ornaments, and the cats' Christmas stockings are still hung by the chimney with care (no, I'm not kidding). It's so sad to see the look on their little faces every morning when they hope I'll pull another toy out of those magic socks for them...

Alas, un-Christmas only comes once a year, even if my house tells you otherwise.

But I'll be back very soon, and with a huge announcement.
Posted by Christine Bakke at 11:37 PM 2 comments:

I needed a good laugh today and this audio from Ship of Fools provided more than one:

Make sure you keep listening to the very end.

(The kinda scary thing is that this probably is not a one-time thing for pastors. If you have a pastor, make sure they know you appreciate them.)
Posted by Christine Bakke at 1:52 PM 2 comments:

Spirituality and the queer community

Yesterday I had the priviledge of speaking in a college class about my journey and the intersection of sexuality and faith. I'm part of a speaker's bureau at three colleges that share a campus here in Denver, so occasionally I get called and asked to be a part of a panel of speakers. Usually we try to have a representation of all of the letters in GLBT (so far they haven't been able to get a Q or an I - if Q stands for questioning). I'm obviously the L in the alphabet soup.

Even though I usually end up having to decline paid work in order to do these panels and presentations, it always feels worth it to me when it's over. There is usually a lot of diversity in our stories, which is interesting for me to hear, and good for the students. Telling our stories is one of the most powerful things we can do to bring about a change in beliefs or attitudes. Yesterday I presented with a woman who grew up in the Catholic church and is now a bi Pagan. It was interesting to see where our stories diverged (often wildly) and where they overlapped. I presented my story of growing up in a fundamentalist, pentecostal family, my coming out, my ex-gay experiences (which always fascinates the students), and my eventual re-coming out (which Peterson describes as actually coming to his senses, and that resonates with me). 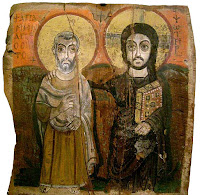 One of the things I always try to talk about is my hope that in the future, queer folks will be able to reconcile their spirituality (whatever that looks like for them) with their sexuality. When I first came out, I was so angry with the church. I felt like I was a sinner (even though I hadn't done anything), and I didn't know what to do with all of it. I knew I couldn't hide anymore, and I couldn't pretend that I wasn't gay. I cut off this huge piece of myself in order to not have to deal with all the emotions and the hurt and anger. The problem is that our spirituality is not some little separate part of ourselves. It weaves in and out of all the other stuff, and informs our values, our sense of ourselves and our view on the world and others.

One student asked why she sees some of her friends who finally come out get right into alcohol or drugs or promiscuity. I think there are many factors to that. I mentioned the overwhelming experiences in coming out, that many people don't know how to deal with emotionally. They do a lot to run from pain. I mentioned that there was a point for me where I thought "well, if everyone thinks I am so horrible, and sinning by doing nothing but being attracted to women, then I might as well do whatever I want--It's not like anyone could think worse of me at this point." But I think maybe one of the biggest contributors is a sense of not being welcome anywhere else and not having a connection to the spirituality or the God they may have grown up with. I think perhaps we don't realize how much of ourselves we disown when we are disowned by the Church, and how in our hurt and anger we lose something that is an important part of ourselves.

It's one of the reasons, I suppose, that I so heavily promote gaychristian.net, and why I am still so involved there. I think the queer community would be a healthier community if people would be able to find their way back to their faith traditions, or at least connect with the spirit inside them. I think things are slowly heading in that direction, though, and it gives me a lot of hope for the future.
Posted by Christine Bakke at 11:33 AM 4 comments: