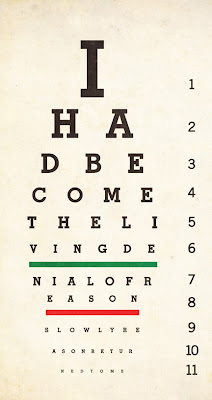 If you're anything like me and find that art speaks to you on a level that words perhaps don't touch, check out some of the new art at Beyond Ex-Gay. We have photography by Gregg Moreland (who showed his work at the first ever Ex-Gay Survivor Art Show in Irvine this summer), as well as art by Michael Goll and David Christie, two other ex-gay survivors.

If you're an ex-gay survivor and artist, please shoot me an email at bxg [at] beyondexgay.com as we're organizing an upcoming art show and would love to consider your work for inclusion.
Posted by Christine Bakke at 10:28 PM 4 comments: 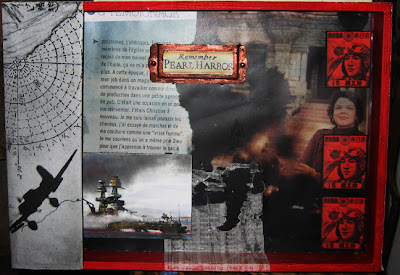 Today is Pearl Harbor Day. While I do not want to minimize in any way the pain and suffering experienced in our nation on this day in 1941, I wanted to post this art I created a while back called "Remember Pearl Harbor." I thought today might be an appropriate day to post it. A part of my story intersects with this day and while I don't feel comfortable sharing all of the background, certain actions of mine in the past have been compared to the bombing of Pearl Harbor. Hence, my emotional connection to this day, and the art that came from this.

Here are some other views. Click on any image to get a larger view. 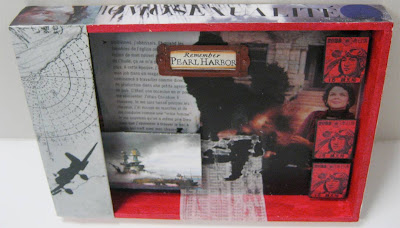 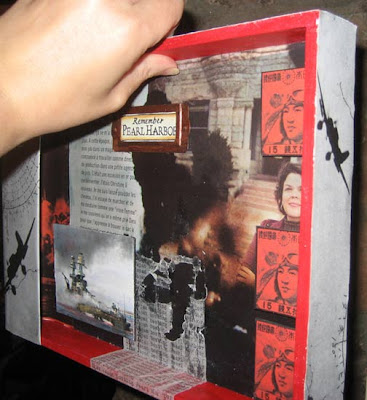 Turns out I somehow missed yet another opportunity to get cured of my homosexuality (you'd think with all the effort, prayers, money, sweat, blood and tears I've put into this that it wouldn't be quite so elusive when others just walk right into their healing). Apparently I-35 (the highway that runs vertically through the center of the U.S.) has turned into something of a spiritual war zone. Groups of Christians have declared Purity Sieges along various sections of I-35. The "sieges" consist of youth “siege”[ing] sites of impurity in their city, by doing on-location prayer. They will be protesting the machinations of evil, such as pornography, injustice, abortion, and other strongholds. They will stand outside of spiritual strongholds and visually demonstrate their opposition thereof, while doing warfare in heavenly realm." Gay bars, not surprisingly, also are considered sites of impurity.

Anyway, this piqued my interest not only because I traveled over parts of I-35 while on Thanksgiving holiday, but also because CBN (Pat Robertson's "News" show) has a report of a homosexual being set free from his homosexuality.

One of the most astounding encounters of the evening was that of James, a 19 year-old homosexual atheist, who called the police in an effort to stop the Siege. One of the men from the Siege struck up a conversation with him, and James stated that he had never accepted Christ nor felt the power of God. The young man told James he was about to experience something that would change his life, and that is exactly what happened. James was one of many who fell under the power of the Holy Spirit that night.

He then accepted Christ as his Savior, and was filled with the Holy Spirit and spoke in tongues. We serve a miraculous God!

Immediately, James packed his Jeep and moved in with five students who attend Heartland School of Ministry, a Bible college in Irving, TX. He left his family, his partner, everything he knew, and everything that identified him with his past. His plan is to attend Heartland School of Ministry. In an interview, James said, “I am willing to talk to any homosexual, drug addict or sex addict because I know what hell feels like, but now I know what heaven feels like and it is so much better.” [emphasis mine]

It made me so sad to read parts of that. I mean, I'm happy that he feels like he's in a better place. But in the interview he gave for the CBN piece, he talks casually about being headed to meet his fiance (when he had his God encounter), but he doesn't mention anything about that situation now.

These left behind ones many times end up also being ex-gay survivors. All I'll say about James' story is that so many of us have had huge emotional rides where we rode a wave of enthusiasm and thought we'd gotten "the cure" only to end up flat on our faces several weeks or months down the road (it's been less than three months for him since this encounter). But what about the fiance? What about the family? 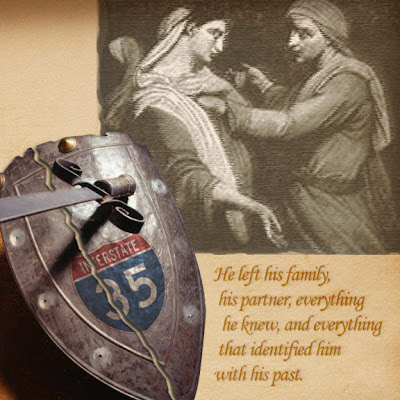 I saw this all the time in ex-gay groups, and have now heard about it many times over from the ex-gay survivors I've come into contact with. People who had just cut everyone off. People who came in and got a lot of support and attention because they'd made the sacrifice to "leave it all behind" (I know I got some of that for my drastic decision to move four states away and cut off contact with 99% of the people I knew). But rarely are we encouraged to think about (or take responsibility) to what we do to loved ones, former partners, etc.

The other thing that struck a strong chord with me was the quote that he "knows what hell feels like." He may have known what hell feels like, but many people, when they have a chance to really sort it all out, find that it usually doesn't have anything to actually do with being gay. Many have issues with drugs and sexual addiction, and these are definitely valid issues that needed to be addressed. But those aren't the same as being gay. Being gay does not equal knowing hell. I've known lots of pieces of hell in my life, and in the end, most of it has had little to do directly with being gay in and of itself, but much to do with the messages I received from society, family, and church, poor decisions I made in my life, reactions to bad situations, and so on. I also have known and know bits of heaven, and they have to do with lots of things most often unrelated to my sexuality or my spiritual identity. I treasure those things, but they don't depend on whether I am gay or not (or identify as such).

I do wish James the best. Truly I do. But I also wish the best to his former fiance and his family, who might be feeling a bit of what hell feels like right now. May they find a bit of heaven again soon. And may they not have to leave themselves (or anyone else) behind on I-35 to get there.
Posted by Christine Bakke at 2:59 AM 6 comments: