Still sorting myself out 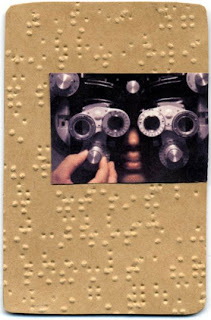 I guess sometimes I forget I have a blog. Sorry for the lack of posting. I've been really caught up with some major work situations. Long story short, I am back to freelancing full-time again. It's been hard for me to figure out what's going to work best for me and the extra jobs and bXg work that I do. I think it's the right decision, and I seem to function best as a freelancer instead of a regular employee. So I've taken that path again. Now if I can just get a steady flow of work...

While I was gone sorting out my life (Peterson loves to say "sorting out" so that's just for him), a few things happened that I probably should have blogged about. Although if you follow Peterson's blog, you're already in on all of it. For most of you, I'm imagining it's old news...still, here it is.

Peterson was recently featured on Logo's Be Real show. It follows Peterson as he retires his play "Doin' Time in the Homo No Mo Halfway House–How I Survived the Ex-Gay Movement". He talks about survivors coming forward to tell their stories, and bXg member John Holm is featured telling his story for the first time. (I have a few brief appearances as well.) Take a look (Peterson's story is in clips part 1, 3, 5 and 7).

The Advocate magazine published a long article about ex-gays and ex-gay survivors and the changing landscape of the ex-gay movement in the June 2008 issue (the Pride issue). They mention the apologies, beyondexgay.com and quote both Peterson and me. The printed version has a photo of our Irvine Chalk Talk too.

Dan Gonzales and I did a presentation about the Ex-Gay Survivor's Movement to a group of folks here in Denver, where we also presented alongside local Soulforce sheroes Kate Burns and Sheila Schroeder (who refused to leave a local city clerks office when they were not given a marriage license), and two amazing student activists. It was great to present to people who were engaged with what we had to say, and also to present alongside other committed activists.

Beyond Ex-Gay has also announced a future gathering in Denver (hmmm, how convenient for me!) over the weekend of Nov. 7-9th. Stay tuned for more announcements!

Lastly, I had a birthday a week ago, and I'd say I feel older but for whatever reason, I thought I was already this age for most of last year. Probably because last year seemed like one of the longest years of my life, so maybe at some point I just decided I was a year older. Anyway, I turned a year older, but I'm the same age I've been thinking I was for a while. It's good to know I've practiced up.

That's about it for now. Hopefully I'll have more time in the future to blog as I get myself and my work sorted out.
Posted by Christine Bakke at 8:46 PM