Since I took a part time job (downgraded from my full-time job as of a few weeks ago to make more time for my activism "lifestyle"), I've had some time to devote to my bXg life. The result of that was the weekend in Memphis and some updates to the beyondexgay.com website (yay!) and, as some of you have noticed, more blogging (yay again).

As of yesterday, we added a whole bunch of new stuff onto the bXg website.

John Holm, an ex-gay survivor who told his story for the first time in Memphis, has a newly-created collage up on the site. He gave a framed copy of the collage to Melissa Fryrear at Love Won Out in Memphis. We'll be posting his narrative very soon. Box Turtle Bulletin has also just posted video by Dan Gonzales of him telling some of his story outside of Love Won Out. 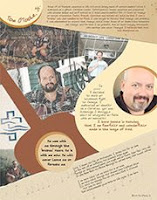 We also posted a new collage for a wonderful guy named Tom O'Toole, Jr. Tom's narrative has been on our site for a while, and we've posted two really great articles he's written (Hope Deferred and Loving Dissonance), but we had not yet posted his collage, which is viewable here.

We also created three new pages to cover our memphis weekend. One is our photos page, the other is the video for the weekend, and last (but certainly not least) is the detailed page about the chalk talk, which includes text from the wall and some commentary. If you only have time to watch one video out of the five, I'd recommend watching Jacob Wilson's video about his time at Love in Action. It moved me to tears.

One of the workshops we held at the Beyond Ex-Gay Mid-South Regional Gathering (wow, who came up with that title? – what a mouthful, Peterson, er, I mean, anonymous person) was about recovery, and all the ways we can recover from the harm. As a group, we came up with lots of different ways, and have turned all of the ideas into an article called "Ideas for Recovery from Ex-Gay Harm".

"...after three years as a counselee and over a year in ministry leadership, I'd observed and prayed with hundreds of sincere sisters and brothers in Christ who, like me, had diligently read the Bible, led exemplary lives of faith and submitted themselves to God in every way possible for years and years — all without any change in sexual preference."

Read all of Randy's story 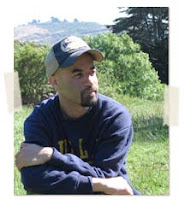 The other new page on the site is a narrative by Marcus Lira. Marcus's narrative begins,

It starts with a desire.
And it ends with conflict.
That’s why it’s called the Struggle.

Read the rest of his story about his time in Love In Action (the pre-Memphis version).

Dan Gonzales, a frequent writer and filmmaker for Box Turtle Bulletin (as well as filming wonder for bXg) produced a powerful piece of art for the Ex-Gay Survivor Art Show in Memphis. See a larger version of his work on our Visual Art page, and while you're at it, check out our other artists, too.
So take a look at all the great new stuff at bXg. And if you want to be on our mailing list so you're alerted when we make major updates, please send us an e-mail at bxg (at) beyondexgay.com with "subscribe" in the subject line.
Posted by Christine Bakke at 9:46 PM