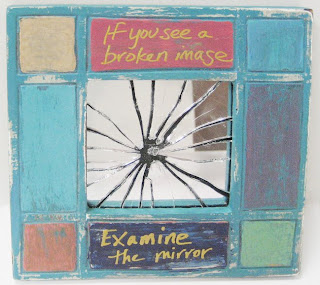 When I first started this blog three and a half years ago, it was called "Rising Up From The Ashes." At the time, I still felt identified with the ashes all around me from my time in the ex-gay movement. As time went on, I realized that I was healing and growing away from all that mess, and I changed my blog title to "Rising Up Whole." It was a big step for me to acknowledge that I was moving on with my life. That I did not need to be stuck in the aftermath of an ex-gay life.

As someone who believed the lie of the ex-gay movement that said she was broken and needed to be "healed," the idea of being truly whole was a relatively new one for me. While I talked a lot about wholeness while in my ex-gay days, I had no clue what that really meant. At that time, wholeness meant I wouldn't be gay. Wholeness meant I wasn't operating out of a place of "broken sexuality." Ironically, the longer I was ex-gay and pursuing wholeness, the more broken I felt.

As I went through the (true) healing process after leaving the ex-gay life, I had to unlearn all the teaching about brokenness and and relearn my own worth and beauty, not just as a lesbian, but all that being me entails. Now, I feel I definitely operate out of a place of wholeness. I know who I am and what I value. I know that there's nothing in me that needs to be cured, and in fact there's so much about me that deserves to be celebrated.

The words "Rising Up Whole" have so much personal meaning for me that I even created a piece of art two years ago about how it wasn't me that was broken: it was only that I'd been looking at a broken mirror that had been held up for me.

Fast forward to a few weeks ago. Someone called and asked when I'd started "Rising Up Whole Ministries." Huh? It turns out that my anti-gay mother has taken this name that means so much to me (so much so that it's my skype, IM, email, and GCN handles) and started a ministry of the same name, and appointed herself as a counselor.

Go ahead and take a few minutes to pick your jaw back up off the floor. No, this isn't a coincidence. My mother reads this blog. She knows how much this means to me. 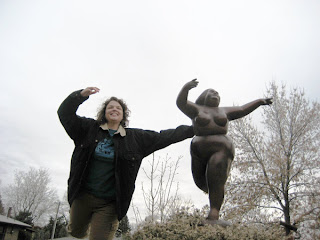 It's taken me a few weeks to get over the shock of all this and sort out some of my feelings about it. I don't know if it's an ex-gay ministry or just a general counseling ministry. My mom and dad aren't licensed counselors, but they are licensed ministers through some organization that did not require traditional seminary or even a B.A. (since my mom doesn't have one, and my dad has a major in industrial arts and a minor in history). This means they are able to put out a shingle and counsel others.

I suspect it has something to do with trying to turn something "meant for evil" into something "meant for good" in Christian-speak. To me it's just the height of disrespect. I will not change the name of this blog or anything else associated with that name. It's my name that describes my journey, and it will always have such meaning to me.

I am rising up once again.
Posted by Christine Bakke at 12:49 PM