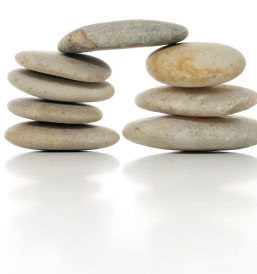 My post today is part of a larger initiative of more than 50 bloggers all sharing their thoughts on how to ‘bridge the gap’ between faith and sexuality. You can check out the other links at: btgproject.blogspot.com

I have been everything from a fundamentalist Christian to an angry ex-Christian. I have been an evangelical ex-gay and an apathetic agnostic. I've been on all sides. So in some ways, it's ideal that I've been asked to participate in this synchro-blog-o-rama. Who better to talk about bridging the faith/sexuality gap? However, I find myself at a loss for words. Not that that's anything new (as readers of my blog will attest). But I'll try. Bear with me as I share my somewhat scattered thoughts.

Frankly, sometimes I wonder if it is possible to bridge this gap. I think, for instance, that many ex-gay programs and ex-gay therapists cause more harm than good. Many fundamentalist or conservative, Evangelical Christians think that GLBT folks are riding on a one-way train to hell and feel compelled to stop and tell us about it. How do we love while also holding these ideas that are most likely never going to change? We both would claim love for others as our motivation. Is it ever possible to love without an agenda?

About two years ago I went to lunch with a friend who is on the staff of an ex-gay ministry. Still smarting from a previous meeting with two major ex-gay leaders who seemed to take almost a perverse pleasure in saying the most hurtful things (including that they wanted to go back to a time when gay people felt ashamed to be gay), I forgot about loving without an agenda. I forgot about how much I love my friend, and instead tried to show him where he was wrong. I was hurt and I lashed out a bit. I confronted him "in love" but I didn't radically love him. I didn't find out where his heart was. I wanted to change him and change his thinking, out of love of course. I loved, but with an agenda.

Is it possible in particular for conservative, Evangelical Christians to love without an agenda? I started thinking about all the various Christians I've known and I realized I only know a small handful of Christians who seem to be able to just love with no preconceived notions of what will happen in return (will they get saved? will they change their beliefs about this or that? will they start going to church again?)

The very first time I ever met Wendy Gritter (director of New Direction in Toronto and the author of the Bridging the Gap blog, the organizer of this synchroblogging event), it was at a gay Christian event. She was there to experience it for herself and see what it was all about. I am sure that she witnessed what I did - scores of people who were dedicated to Christ but also happened to be gay. It's an amazing experience to be among gay Christians, and odd too, if you're a non-Christian like me but with a Christian background. It's like you've walked into a conservative Christian environment, with folks having seriously deep Bible discussions, and others praying for everyone's needs (including hotel staff) in the prayer room. The same sort of environment I've been in time and time again, with one exception. It's not an anti-gay crowd. These are gay folks, whom many incorrectly think are incapable of having a real and saving relationship with Jesus Christ.

But I digress. I'm there and I meet Wendy.

I knew right away that Wendy was different. I could tell from the start that she came with what I call an "open hand." She was not there to talk, but to listen. It was my privilege to sit and talk with her and share my story and answer her questions. Since then, we've had some email communication, but mostly we chat online. I tell her about my girlfriend and I think I can almost see her smile (through the computer) at my happiness. She inquires about my world and I ask about hers. I genuinely want to know, and I know that she really wants to know what is real for me. Not what I think she wants to hear, but what is real. So I tell her. All the ups and downs (but mostly it's ups, so that's nice). I enjoy seeing the journey she's been on, even if I might not be on the same walk. And I feel that in return. She loves without an agenda. 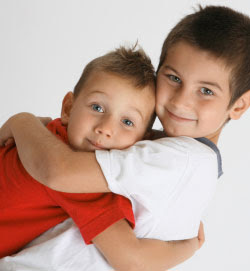 My two nephews are 4 and 6, and when they do something to hurt each other, my sister says "go and make it right" and they will go to the other and say "I'm sorry. Will you forgive me?" and rub the other boy's back. If they can do something else to make it right, she encourages that as well.

What can we do to "make it right?" All the past pain and hurt and heartache around this issue? What can we all do?

I don't know much about bridging the gap, I suppose. I probably know more about the gap itself than about how to bridge it, but I think this is where it starts. Open hands. Open hearts. And it's not just about the straight Conservative Christians loving without an agenda, it's about the GLBT community loving without an agenda too. Some would argue that it is not up to us to love. It is up to the straight Christians to make right what has been wrong for so long. I would argue that instead of worrying over who broke something in the first place, let's just all take some steps to make it right, and start loving without an agenda.
Posted by Christine Bakke at 3:03 AM