You don't think I'm weird, do you? 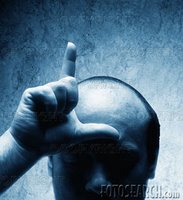 Sorry my answers are long. That's, like, a weird thing about me. How much I write, when a shorter answer would easily suffice. Consider it a freebie. However, on to the real list:

1. I have food allergies, regular allergies, car sickness, claustrophobia...etc. So a dinner out with me means no Asian food and picking through the menu (and asking lots of questions or making special requests), I have to sit in the front seat of the car, I have to sit on the outside of the booth...and so on. I'm like that kid at camp who always had to be in the nurse station and came with an enormous shoebox full of pills. That's pretty much me.

2. I think that my cats are Jewish (God's way of trying to get folks of different religions, or different flavors of Christianity to get along). I also think they are nearly human, and understand what I say to them.

3. I often anthropomorphize inanimate objects. So if something falls down, I sometimes feel sorry for it. I also think my truck has feelings. Sometimes I don't want to get rid of something because I don't want to hurt its feelings (you know, like that old vase I am giving to goodwill - I don't want it to feel hurt because I've replaced it).

4. Sometimes I think I have a hearing problem (but I really don't - I can hear just fine, especially when I don't want to). I am so visually oriented that I find it hard to listen to audio books and I always watch movies with subtitles or closed-captioning on. When someone tells me something, I often have to see the words spelled out in my head. I often look at people's mouths when they talk, and if I am not looking at their mouth, or not looking at them directly, I occasionally seem to not be able to hear them, or catch words. Sometimes when I hear people talking, I think they aren't speaking in English. But they are. But then again, sometimes when I accidently switch to the Spanish channel (I suck at foreign languages, so I don't know Spanish), I will listen to it for a minute, and not realize it is not English. I think that's pretty weird, don't you?

5. I have a serious problem remembering my right from my left, and often will think "I pledge allegiance to the flag" so that I can think which hand is my right hand (no, that "L" shape hand thing doesn't work for me; because if you have a problem with right and left, why the heck would you remember off the top of your head which way the "L" is supposed to go?). So when I give you directions, if I say left, I might really mean right. But sometimes I might say left and really mean left, right?

6. Sometimes I can't sleep at night because I will start thinking about words that shouldn't go together, or words that do go together, but individually don't make sense, or seem strange, or words that seem spelled wrong, or alliterative words, or weird questions that suddenly bother me, or big long run-on sentences that I create in my head just like this one. Also I envision long sentences with lots of big words, or a string of small words (and lots of parenthetical statements).

So, that's pretty much it. I'm weird. But so are you, probably (although I bet you don't say the beginning of the pledge of allegiance to yourself when you are giving someone directions).

I'm not going to tag anyone...because...everyone I know is pretty much doing this (or has done it). But if you've not been tagged and would like to tag yourself...go for it.
Posted by Christine Bakke at 9:29 PM