People sometimes ask why it takes so long for some people to come out (or why it took me so long to understand I was gay, and have a name for it). A few people assume it means I chose to be gay, because it was later in life, and well past puberty, and after dating guys. Some say it was because I went to a secular (i.e., non-Christian) college. Or that I went to public school my senior year.

But the funny thing about growing up without a lot of television, newspapers or magazines is that you don't really know what you don't know.

An example of this is when I asked a friend at college "Whatever happened to that John Lennon guy?" In 1993.

Or when I was listening to a new Elton John song and said, "Wow, I like this song. Has this guy recorded anything else?" In 1994.

Coming out of my closed family and sheltered Christian school life, I felt constantly amazed by the big world out there. And constantly surprised at learning new things.

Folks who weren't raised as I was may not understand what this is really like. I compare it to the time my parents took my sister and I to see a movie at "the movie house" (i.e., a movie theater). I was eleven, and Savannah Smiles was a family movie. It was a big deal for us to go to a movie theater.

I was sitting in my seat, looking up at that big screen, and heard Savannah ask for cocoa puffs (which, incidentally, I'd never tasted, but knew existed). Completely blown away by this, it was like my mind was doing a huge double-take.

You see, at age eleven, I didn't know that movies could be made about the present day. I had absolutely no idea, and I continued to feel shock, and a shiver down my spine as we were watching the movie. I pondered this a lot when I went to sleep that night. I'd watched Heidi, Little House on the Prairie, The Sound of Music, Carousel, It's a Wonderful Life, and even a John Wayne movie (and I still laugh about my younger sister asking "Why is he talking about our pastor?" when someone said "Bastard"). But it had never entered my mind that a movie didn't have to be about something 50 years ago. I didn't have any category in my head for that, and struggled to come to terms with this new reality. 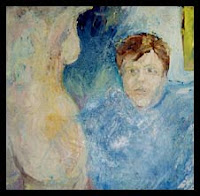 Sometimes people (gay folks especially) can't understand why I would want to change who I was. All I can say was I didn't know what I didn't know. Now I know that I'm fine just how I am. Accepted and loved. Not in spite of something, but just because of my character, personality, humor and compassionate nature. It's nice to know that finally.

I really hope this next generation of kids don't have to wait to find that out in their thirties.