The power of the truth 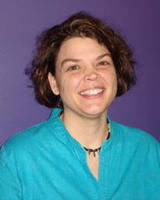 I just got back from telling my story at the meeting tonight. I think that was the largest group I've seen so far (but I haven't gone very many times yet). It was a bit intimidating at first, but then I realized that everyone was on my side and supportive.

It was fantastic. And I didn't throw up on my shoes!

Everyone seemed engaged and supportive. I even got quite a few hugs afterwards!

It is amazing to tell my story; to feel the power of telling my truth.

Just six months ago, I sent the following message to Peterson after seeing his show:
"[Your show] made me see how much being in the ex-gay world both helped and harmed me. I saw before that there were ways in which it helped me, but what I didn't realize until just this week was how much shame I've taken on from that whole world, and how I feel like I lost my sense of who I am.

Before I started the ex-gay path, I used to know who I was, and so did other people. I was proudly queer, out, didn't care who knew. Now I struggle with the shame of my being gay...when I'm around folks who feel I've failed, and my shame in being around "out" folks who haven't questioned all this and wasted time and money on something that wasn't meant to be.

Sometimes I feel like being involved in ex-gay ministries is like an incomplete sex-change operation or something. It changes you enough that you can never go back, but it's damn hard to go forward too. And where do you fit after that? I feel sort of forever marked. Forever ashamed at the wasted years and the damage I've done to myself. Forever changed on some levels that make me not fit very well with the gay community, but not able to fit in the straight world either."

I read that bit of writing tonight as part of my talk, and it really hit me how far I've traveled in the last few months.

I'm amazed at who I'm becoming.
Posted by Christine Bakke at 12:57 PM